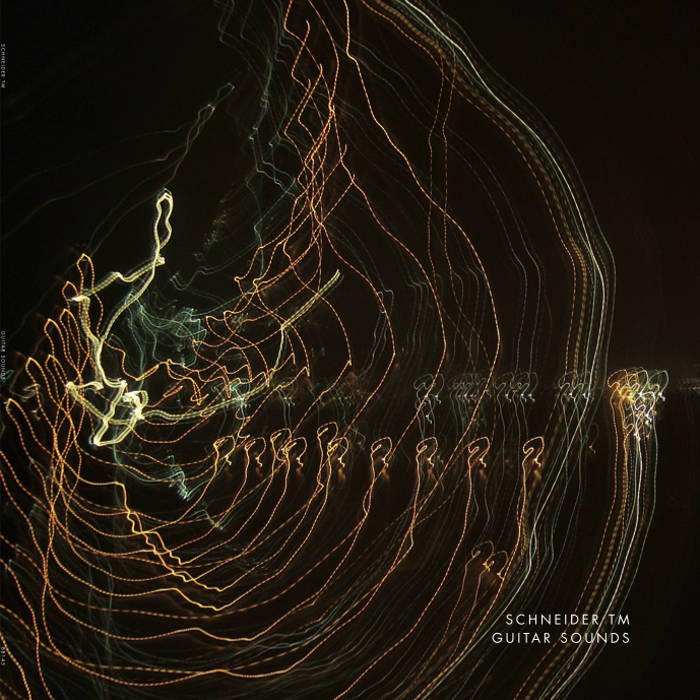 Guitar Sounds is a sonic exploration of the electric guitar and the 2nd part of the 'Sounds' album series which started out in 2012 with the release of Construction Sounds. Some parts & basic tracks of the material were initially used as film scores for different short & medium-lenght films such as 'In Der Überzahl' by Carsten Ludwig, Ludwig & Glaser's episode for '1.Mai' and 'Teilhard' by Christoph Ischinger.
Dirk Dresselhaus is no stranger to the instrument, it is fair to say. He played guitar in the 1990s for several experimental indie combos and has made liberal, idiosyncratic use of the instrument over the past couple of decades as Schneider TM in electronic music, film, radio plays and various other sound projects.
Technical perfection is not paramount on “Guitar Sounds”. The focus is on spontaneity, improvisation—if the result is flawed in the classic sense of the word, this concerns him not one iota. Dresselhaus is interested in atmosphere, in the intensity and magic of the initial moment when decisions are made and played without knowing which direction they will take or where they might end—music without a safety net, so to speak.
Unleashed, the guitar sound takes on its own lease of life, in the spirit of generative music. At the decisive moment, Dresselhaus reins it back, like a dog owner tugging on the lead, thereby creating an energy field between tension and relief, harmony and disharmony, control and loss of control, construction and deconstruction, positivity and negativity, sobriety and humour. Or to use a more striking image: surf sound dualism.

Cover artwork based on images by Dirk Dresselhaus.
Layout by Sven Fritz.